Health CAS Dr Rashid Aman has warned that the continued laxity being exhibited by a section of Kenyans will cost the country greatly as it creates a good environment for Covid-19 infections to soar.

Dr Aman on Wednesday said that in Nairobi, residents have thrown caution to the wind and are now going about their businesses without taking any caution.

In addition to this, he says it seems entertainment joints have fully reopened and revellers are behaving as if things are back to normal.

His reference is to a video that has gone viral on social media capturing Kenyans enjoying themselves in a popular club in Nairobi.

“I am sure that you have seen some video clips on the social media showing people crowding entertainment spots and throwing all caution to the wind as regards to social distancing,” Dr Aman said.

“This is flirting with danger it creates the perfect environment for infection, we must not allow ourselves to quickly recede to the old days.”

The Health CAS said that the only measure that has been relaxed is the measure that allows operation of eateries and this is based on the strict adherence of the social and physical distancing.

The other measures including the dusk to dawn curfew and restriction of movement are still in force.

He says that Kenyans should not start creating an illusion in anticipation of what President Uhuru Kenyatta is expected to say on his next address to the nation.

“As I said earlier when you walk around you get the feeling that people are either anticipating that there is going to be a relaxation of the measures that have been put in place,”

“And have moved ahead of that expectation by actually moving ahead and behave like things are back to normal. We want to appeal to the entire population to adhere to these measures until such a time when relief is announced.” 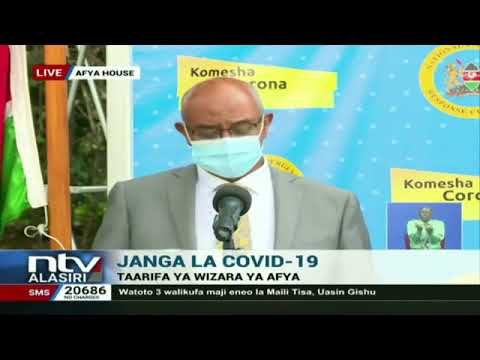