Manchester United are likely to have a clear run to signing West Ham midfielder Declan Rice this summer, sources have told ESPN, but it will be a test of the pulling power of the Premier League‘s most successful team as to whether they can even come close to doing a deal for the England international.

They are still Manchester United, one of the world’s great clubs, but they have become a byword for failure and mismanagement in recent years and look set to miss out on the Champions League next season as they slipped eight points behind fourth-placed Arsenal, who have one game in hand, this weekend. United’s reputation has taken such a battering that they could find the next transfer market tricky to navigate, and Rice might just be the type of player who looks at United and thinks that his career will be better served by waiting for something more appealing to come along.

Although West Ham manager David Moyes said last month that the Hammers didn’t want to let Rice depart, the former United and Everton boss then muddied the waters by recalling how an 18-year-old Wayne Rooney left Goodison Park for around £27 million to join United in 2004, saying: “I thought Wayne was irreplaceable, but what happens in football is you move on.”

In one brief statement, Moyes let slip the reality of football — not just modern football, but how it has always been — that the best young players will, sooner or later, be tempted away from the clubs who gave them their big break by the prospect of boosting their income and career opportunities at a bigger, wealthier and more successful team.

West Ham know how it works better than most. Rio Ferdinand, Frank Lampard, Joe Cole and Michael Carrick all started out at the club before leaving to enjoy huge success elsewhere. Older Hammers fans will recall how Paul Ince left in 1989 for £1m to help ignite the Old Trafford revolution under Sir Alex Ferguson, with Ince becoming a crucial figure at the start of the two decades of success enjoyed by United under their legendary former manager. 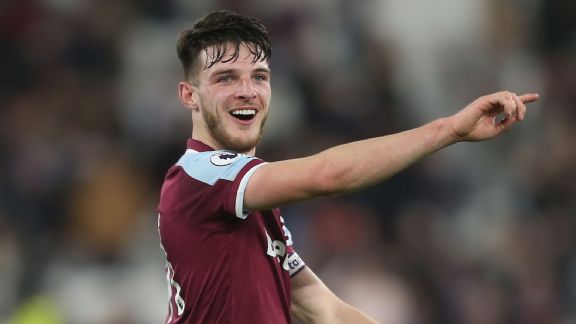 Sources have told ESPN that United want Rice to become a modern-day version of Ince by adding tenacity, determination and leadership to a midfield desperately lacking in depth and quality.

The 23-year-old is seen as having the character required to thrive at United under incoming manager Erik ten Hag and also be a statement signing that would prove to other potential targets that the club are ready to build for success again. 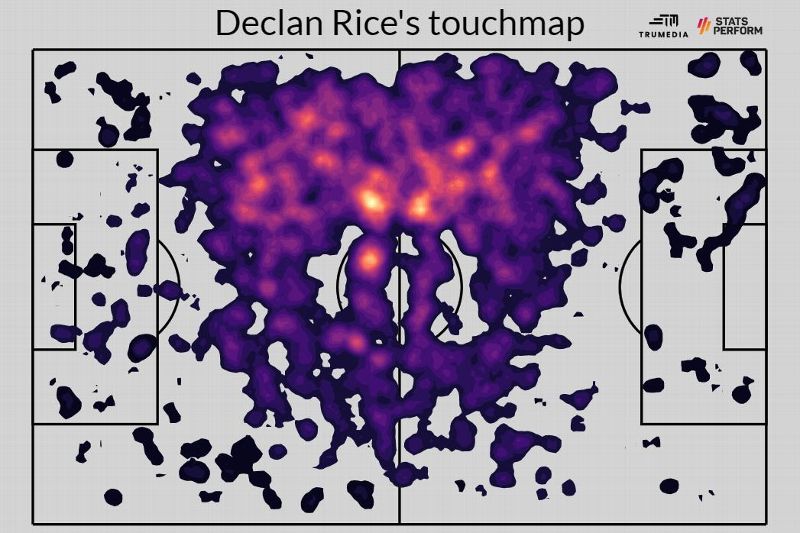 And although West Ham would likely hold out for a huge transfer fee for Rice — almost certainly in excess of the £100m British record that Manchester City invested in Aston Villa’s Jack Grealish last summer — United believe that the lack of rivals for the player during this summer’s transfer window gives them a one-off chance to sign him.

Sources have said that City are focused on signing a centre-forward, namely Borussia Dortmund’s Erling Haaland, and reinforcement at left-back. Chelsea, who released Rice as a teenager, are hampered by the ongoing ownership takeover process at Stamford Bridge and the issue of having to replace Antonio Rudiger and (almost certainly) Andreas Christensen in defence once their contracts expire this summer. Thomas Tuchel’s team may also be distracted by the challenge of finding a striker to replace under-performing £97.5m signing Romelu Lukaku up front.

Meanwhile, Liverpool are focused on rebuilding their midfield, with Jordan Henderson, Thiago Alcantara and James Milner all the wrong side of 30, but sources said the club are likely to look for a less-expensive option, with Borussia Dortmund’s Jude Bellingham being considered in the summer of 2023.

So, with City, Chelsea and Liverpool unlikely to chase Rice’s signature this summer, and neither Tottenham or Arsenal regarded as having the finances to compete, the midfielder may have just United as an option if he decides to leave West Ham at the end of the season.

With two years remaining on his contract at the London Stadium, and West Ham holding the option of extending that deal by a further 12 months, the Europa League semifinalists are under no pressure to let him go. But football is all about taking opportunities when they arise and this summer could see both West Ham and Rice capitalise.

The club will stick to their £100m-plus valuation for a player who has enjoyed the best season of his career, finishing third behind Liverpool’s Mohamed Salah and Man City’s Kevin De Bruyne in the FWA Footballer of the Year vote last week, while Rice will know that he can now command the six-figure weekly salary enjoyed by the players at the top clubs.

With Rice currently earning a reported £62,000-a-week, he could triple or quadruple that salary with a move to Old Trafford. And as much as West Ham would want to keep him, they are in no position to offer that kind of money. Even if they won the Europa League to qualify for next season’s Champions League, it would be the road to financial ruin if the club tripled Rice’s wages and then had to give similar rises to the likes of Michail Antonio, Jarrod Bowen and Tomas Soucek.

So West Ham and Rice are both likely to have a decision to make this summer. Manchester United will look to take advantage, but they aren’t the United of old anymore and whereas joining the club was once a dream for so many top players, it has proven to be a nightmare for the likes of Lukaku, Paul Pogba, Harry Maguire and other big-money signings since Ferguson retired in 2013.

United can make Rice a big earner, but if he wants to be a winner, there is no guarantee that he will see Old Trafford as the place to continue his career.