Liverpool, Chelsea, Arsenal, Tottenham and Everton have announced their kits for 2021/22, including a ‘bolted pinstripe’ detail, an ‘abstract, kaleidoscopic design’, a retro shirt ‘ready for the future’ and a retro offering inspired by a side that came to be nicknamed ‘The Black Watch’

The 2020/21 season is over and some of next season’s kits have already been on show – including in the FA Cup final. See which Premier League sides have announced theirs…

Arsenal have unveiled their new light yellow away strip for the 2021/22 season, paying tribute to the 1971 Double winners, with the slogan “Inspired by the past, ready for the future”.

The current badge is replaced by the famous single cannon, which first graced the Arsenal shirt at the start of the 1921/22 season – a century ago.

There are intricate details to this design, with the club motto “Victoria Concordia Crescit” embroidered on the hem of the shirt, which is accompanied by yellow shorts and socks.

The return of the cannon ?

The 2021/22 season will mark 10 years at the American Express Community Stadium for Brighton, who will return to classic stripes to commemorate the occasion. An inscription on the inside back of the shirt provides a nod to the club’s decade at the Amex.

The shirt, which was worn against Manchester City during Brighton’s final home game of the 2020/21 campaign, is made from 100 per cent recycled polyester fibres.

The blue shorts are accompanied by a yellow trim with the strip completed by white socks.

Chelsea’s 2021/22 home kit is made with 100 percent recycled polyester fabric and inspired by the “abstract, kaleidoscopic designs of optical art,” according to kitmaker Nike.

Traditional blue is paired with a yellow trim, while “CFC” is knitted into the back neck.

Everton’s newly-launched away kit for the 2021/22 season pays homage to one of the Toffees’ earliest strips.

The retro hummel offering is inspired by the kit worn by the Everton team of 1881/82 – a side that came to be nicknamed ‘The Black Watch’.

The black shirt with statement burnt orange sash and accompanying black shorts and black socks will be worn by Carlo Ancelotti’s side in their final Premier League fixture of the 2020/21 campaign at Manchester City.

Leicester enter the third year of their partnership with German heavyweight brand Adidas with their new home shirt worn during the final day of the 2020/21 season against Tottenham.

The club’s sponsor remains King Power, the name of the Thai retail group that is run by Aiyawatt Srivaddhanaprabha, but the sponsor for next season has now been confirmed as FBS, an online trading company.

The blue shirts will be accompanied by white shorts and blue socks next campaign. 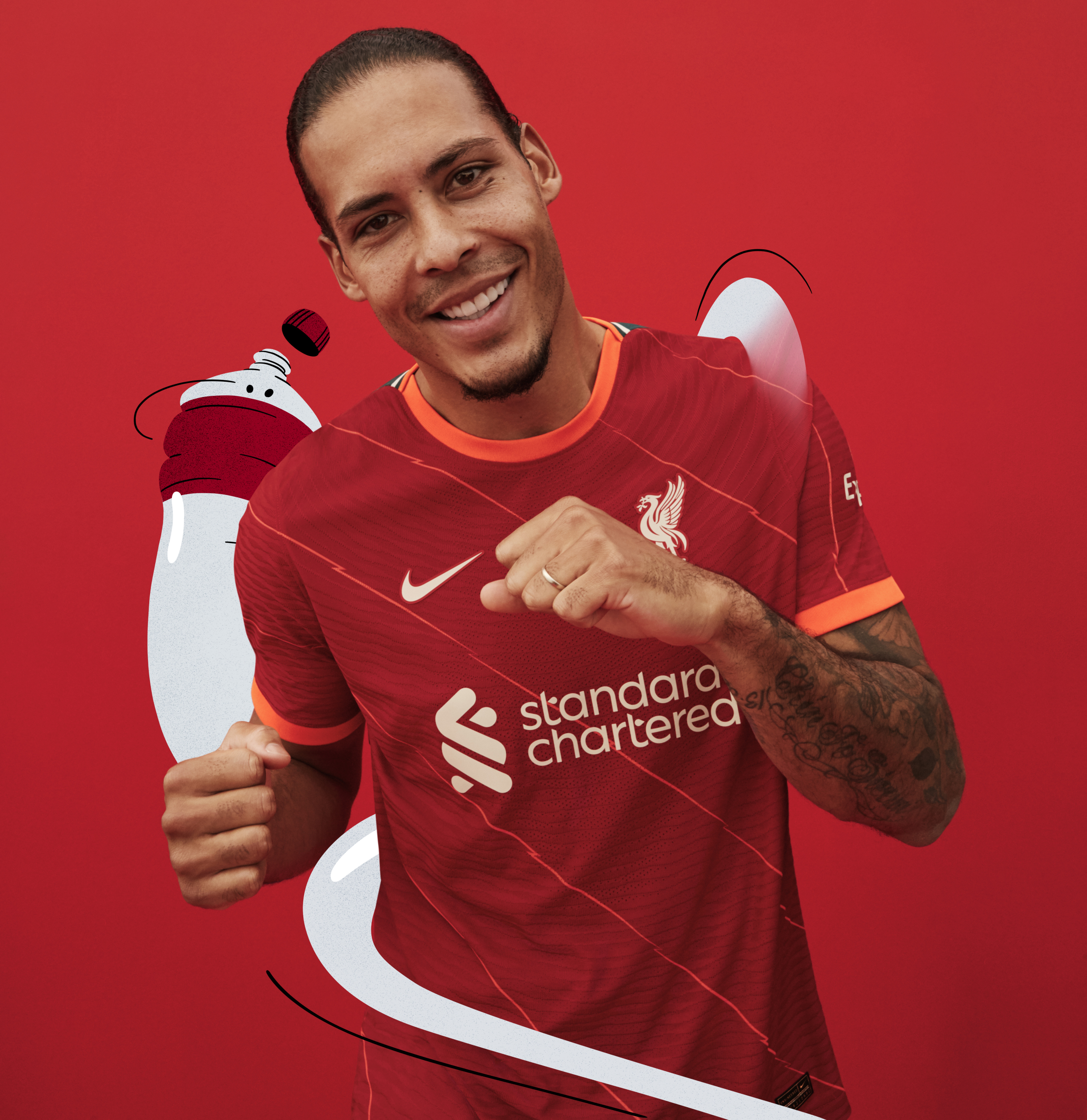 Liverpool’s 2021/22 home kit pays homage to when the Reds introduced a full red kit for the first time in the club’s history in 1964, on the basis it would provide them with a psychological edge.

The full red kit represents power, complemented by the injection of energy in the form of the glow of bright crimson, with the bolted pinstripes representing this sense of danger and is made from 100 per cent recycled polyester fabric.

Billed as a ‘kit like no other’, Southampton’s new home strip sees the return of their traditional red and white stripes after flirting with a white sash last season.

A comedic video launching the kit heralds the return of kit supplier Hummel, described as part of the Southampton DNA. It is 20 years since Southampton moved from The Dell to St Mary’s, so what better time to revisit an old classic from the 2001/02 campaign – but with a nod to the future.

The 2021/22 home strip is a world-first, featuring Augmented Reality technology within a football shirt. That means fans can scan with their smartphones to bring the shirt to life and gain access to exclusive content including a 3D James Ward-Prowse in their living room.

Adult shirts are available for an affordable £55. 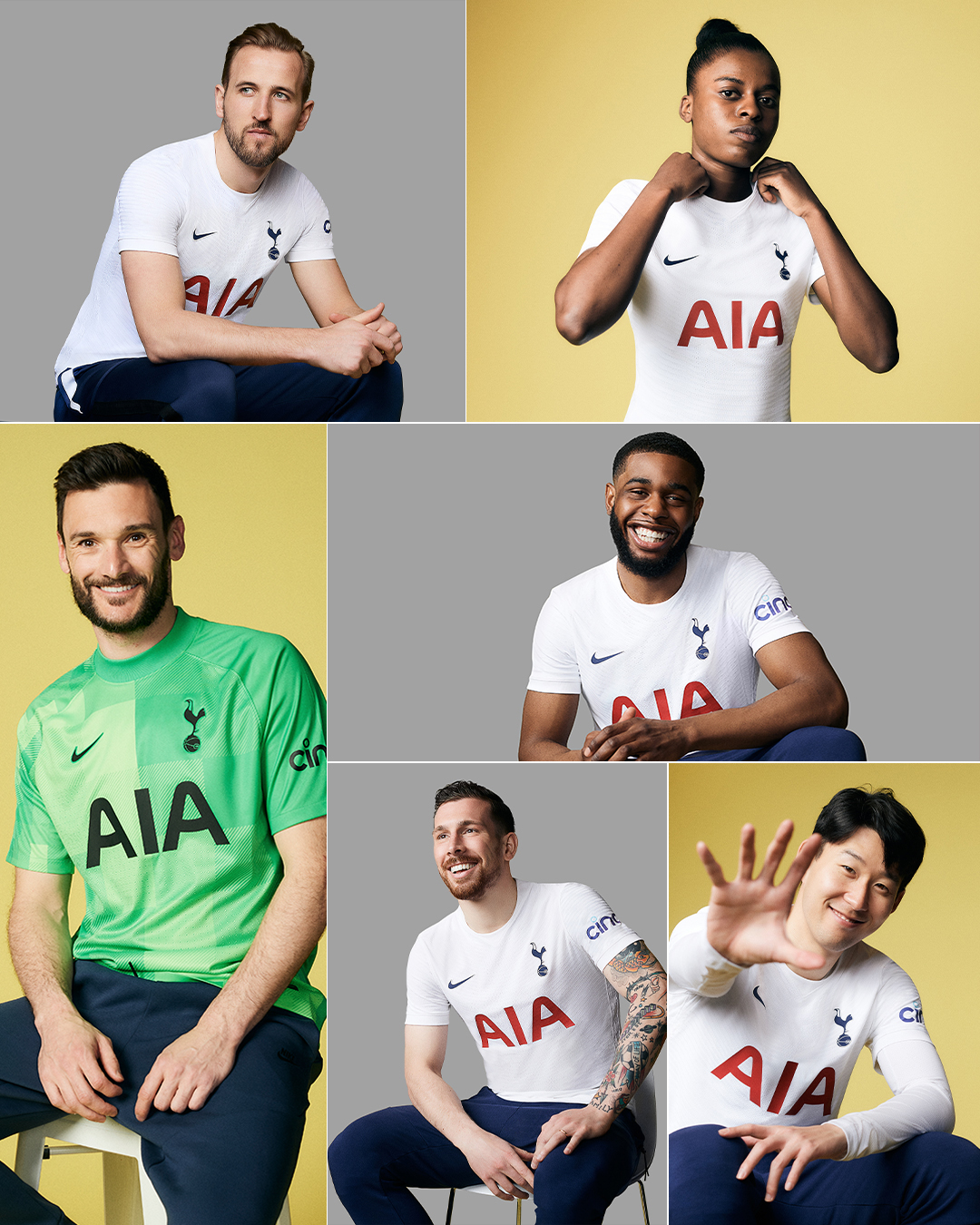 Tottenham’s 2021/22 home kit will pay tribute to the club’s iconic cockerel crest in its centenary year.

The emblem was worn by Spurs for the first time in the 1921 FA Cup final victory over Wolves and the Nike jersey will have the original cockerel features on the inner pride of the new home shirt.

The kit is completed with navy blue shorts and socks, and is made from 100 per cent recycled polyester fabric, which comes from recycled plastic bottles.

IS Claims Responsibility For Bomb Attack In Uganda