After a hectic few months on and off the pitch, Chelsea were under pressure to strengthen the heart of their defence this summer, having lost two centre-backs in Andreas Christensen and Antonio Rudiger to free agency. But by landing Napoli‘s Kalidou Koulibaly for around €40 million, they have signed one of the best defenders in the business.

In an age when even the traditional top European clubs are almost exclusively looking for value and potential from new arrivals, a €40m transfer fee for a 31-year-old in the final year of his contract may appear somewhat extravagant. Koulibaly is hardly a “Moneyball” signing from a pure transfer market perspective, especially as the Senegal international was handed a four-year deal with an option to extend until the end of the 2026-27 season. Yet Chelsea have made as intelligent a choice as their supporters could have hoped for and he is the type of player who can immediately help the club contend for the Premier League title again.

Becoming a star at Napoli since his arrival from Genk for around €8m in 2014, Koulibaly has made his name in Serie A and when asked what his weak points were, one chief scout from the Italian league told ESPN: “What weak points? It is difficult [to find any]. He’s one of the best around in his position. He just keeps getting better and better, especially the mental side of his game — even the concentration lapses are now few and far between.”

Indeed, there are few shortcomings in Koulibaly’s game, barring the occasional slip-ups that can be expected when featuring in a position in which any error is usually exposed. With centre-backs always being in the thick of the action defensively — having to read the game perfectly and time their interventions to the split second — the odd misjudgement comes with the territory. Yet Koulibaly generally gives the impression of being in control and when he goes in for a challenge, he does so with absolute conviction. 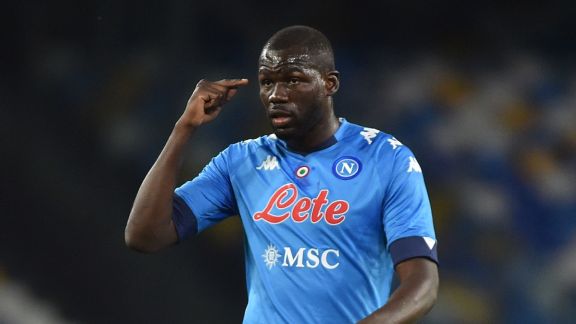 The most striking aspect of Koulibaly’s game is the authority he brings to the pitch. Often frowned upon in the age of analytics — yet still appreciated by coaches and managers — the concept of “presence” can be ambiguous and controversial to some. Even so, for those who pay attention to the manner in which a player conducts himself on the pitch, when it comes to both style and confidence the defender displays rare qualities. He plays with his head up, is calm in possession, dominates his opponents and plays with a certain “aura” — another banned word in many analytics departments — which is not necessarily common for modern-day defenders. 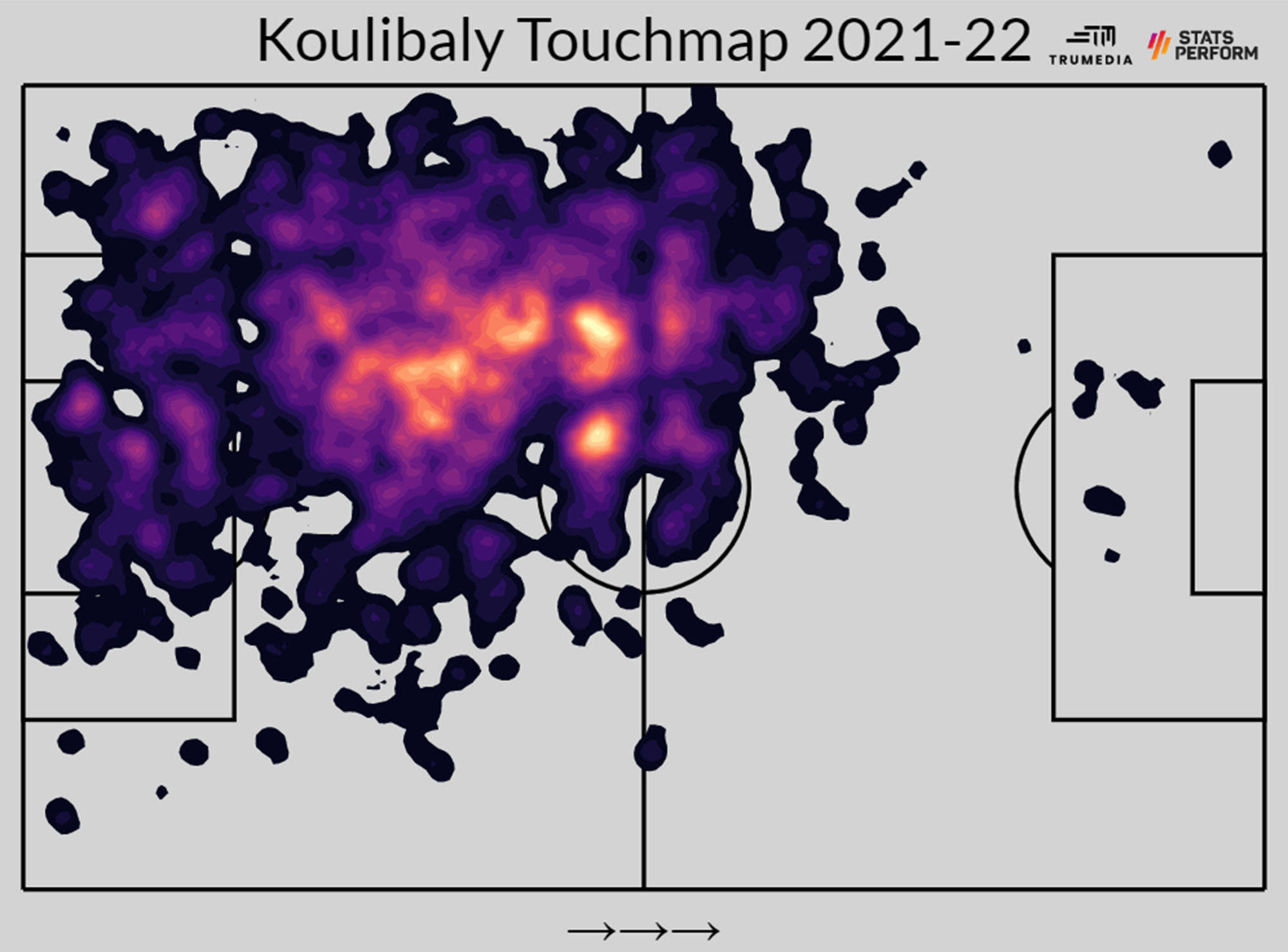 Taking to the pitch with such an air of quality doesn’t mean that you won’t make mistakes — concentration lapses and moments of sloppy distribution can occur, at times even as a result of what some might consider an over-confident playing style — but Koulibaly’s self-belief is contagious to the point where it spills over onto his teammates.

Yet for all his calmness in possession, or when dealing with pressure situations, the new Chelsea centre-back still demonstrates an aggressive style of defending. Being mobile and quick over the ground, he prefers to deal with danger early, often breaking out of the defensive unit to win the ball high up the pitch. Perhaps even more importantly, though, the 31-year-old is excellent at one-vs-one defending and he rarely has to rely on a teammate to get him out of trouble.

Statistics measured across the European leagues can often be misleading due the variety in playing styles and task specifications for the players. Though his numbers show that he’s still behind the likes of Liverpool‘s Virgil van Dijk overall, he compares favourably with Man City’s Ruben Dias and Rudiger, who is now at Real Madrid. Not bad company to keep.

During his eight-year stint at Napoli, Koulibaly also demonstrated a year-on-year improvement tactically. Though his regular status was never under threat during that period — neither through a run of adverse performances nor injuries — he still gradually matured. Having first arrived as a defender who was rather coy with the ball, he waved goodbye to the passionate San Paolo fans as one of the best ball-playing centre-backs in Serie A — rarely afraid to fire pinpoint passes through crowded areas in the middle of the pitch instead of opting for an easy ball to his full-back or a central defensive partner.

Despite typically being fielded as a left-sided centre-back in a back four at Napoli (though head coach Luciano Spalletti did occasionally revert to a back-three last season), the elegant defender should have few issues slotting in at Chelsea. Though the club lost a world-class defender in Rudiger, they have quickly found a world-class replacement — albeit one with slightly different characteristics and technical profile.

Probe into US Olympic failings stunted by red tape in DC