ESPN announced its early-season tournament schedule for college basketball on Thursday, a slate that highlights some of the game’s top programs and elite players in a season that should restore a sense of normalcy to the sport. Here is our handy guide to the games that will all appear on the ESPN family of networks in those events. 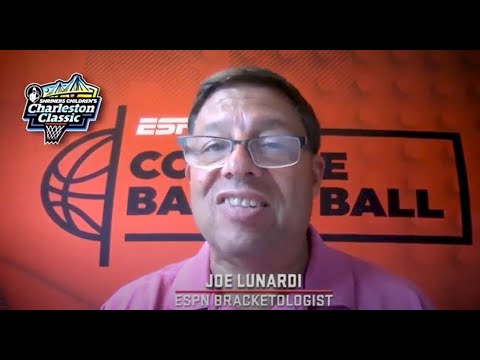 Team to beat: St. Bonaventure. A year after winning the Atlantic 10 regular-season title and the league’s tournament championship, St. Bonaventure could kick off a strong season at the Charleston Classic with the return of all five starters, including Kyle Lofton (14.4 PPG, 5.5 APG, 1.4 SPG last season) and Osun Osunniyi, the league’s reigning defensive player of the year.

Sleeper team: Might be odd to see West Virginia as a sleeper, but this team’s success in this event and beyond will depend on how quickly Old Dominion transfer Malik Curry (15.7 PPG last season) adapts as the new point guard for a program that lost Miles McBride to the NBA draft.

Player to watch: With Lofton on the floor last season, St. Bonaventure made 37% of its 3-point attempts, per hooplens.com.

Something for the college hoops junkies: A decade ago, Shaka Smart led VCU on a memorable Final Four run and, after an up-and-down tenure at Texas, he gets a fresh start at Marquette. This event will be an early look at a group that will rely on a multitude of new faces, including Maryland transfer Darryl Morsell.

Sleeper team: De’Vion Harmon’s departure (he transferred to Oregon after withdrawing from the NBA draft) highlighted the rebuilding effort new head coach Porter Moser inherited in Norman; however, the additions of Eastern Washington transfers Tanner Groves, who scored 35 points against Kansas in the NCAA tournament, and his brother Jacob Groves (9.3 PPG), makes this Oklahoma team an intriguing group in this field.

Player to watch: Davidson’s Hyunjung Lee, who averaged 13.5 PPG and connected on 44% of his 3-point attempts as a sophomore last season, blossomed as a standout with the South Korean national team this summer in its bid to qualify for the Olympics.

Something for the college hoops junkies: New Mexico State’s style of play under Chris Jans has changed in recent years. Last year, 48.7% of its shots were beyond the arc, extending a three-year trend of 3-pointers accounting for nearly half of the squad’s field goal attempts within that stretch, per KenPom.

Team to beat: Virginia Tech. Mike Young’s squad is anchored by Keve Aluma (15.2 PPG, 7.9 RPG, 1.3 BPG), who will return to anchor a lineup that should stand out in this field before it aims for an ACC championship and a lengthy stay in the NCAA tournament — all realistic aspirations for this talented group. 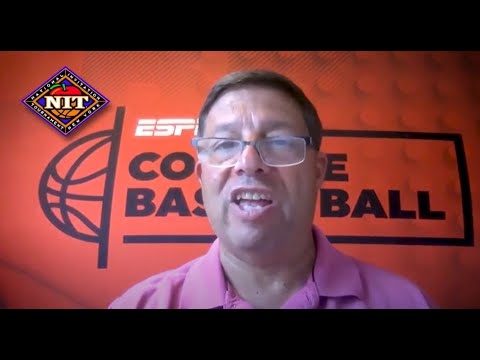 Sleeper team: Memphis. Penny Hardaway, who reportedly interviewed for the Orlando Magic opening before announcing his decision to stay at Memphis, raised expectations with his NIT championship last season, and top scorers Landers Nolley II and DeAndre Williams are back to help Hardaway push for his first NCAA tournament berth with the Tigers.

Player to watch: With Aluma, the 6-foot-9 forward, on the floor last season, Virginia Tech made 51% of its shots inside the arc and 37% of its 3-point attempts, while holding opponents to just 96 points per 100 possessions, per hooplens.com.

Something for the college hoops junkies: New head coach T.J. Otzelberger’s Iowa State squad will enter this event as an intriguing squad with key transfers, such as former Minnesota standout Gabe Kalscheur, and talented prospects, such as four-star recruit Tyrese Hunter, on the roster.

Team to beat: USC. While his brother, Evan, is set to make millions as a lottery pick in the NBA next season, Isaiah Mobley — who had a breakthrough performance in his team’s run to the Elite Eight — is now the leader of a squad that returns three starters, adds Memphis transfer Boogie Ellis and incorporates a handful of solid recruits for a team that can make a statement.

Sleeper team: San Diego State isn’t a typical “sleeper” since it wouldn’t surprise anyone if the squad won this event after bringing in Cal transfer Matt Bradley (18.0 PPG, 4.6 RPG) and Duquesne transfer Chad Baker-Mazara (9.5 PPG, 42% from the 3-point line).

Player to watch: Five-star recruit Aminu Mohammed, ranked 25th in the 2021 class, leads a group of talented prospects and transfers at Georgetown that hope to build on last season’s miraculous run to the Big East tournament championship.

Something for the college hoops junkies: Two years ago, Saint Joseph’s dismissed longtime coach Phil Martelli for underperformance, but his successor, Billy Lange, has won fewer games (11) in his past two seasons combined than Martelli won in his final season (14). The St. Joe’s fan base will be paying close attention to every game this season, including the contests the program will play in Anaheim in this event, as they search for signs of progress.

Dayton vs. Miami
North Texas vs. Kansas
Alabama vs. Iona
Belmont vs. Drake

Team to beat: By the end of the season, Bill Self’s Kansas squad might be the team to beat in college basketball. Period. With a potential starting lineup of Ochai Agbaji, Remy Martin, Jalen Wilson, Christian Braun and David McCormack, the Jayhawks should dominate this field.

Sleeper team: Belmont. Nick Muszynski, the 6-11 center who averaged 15.0 PPG and 5.6 RPG last season, is one of seven standouts to return for a Belmont team that’s one of the top mid-majors in the country. 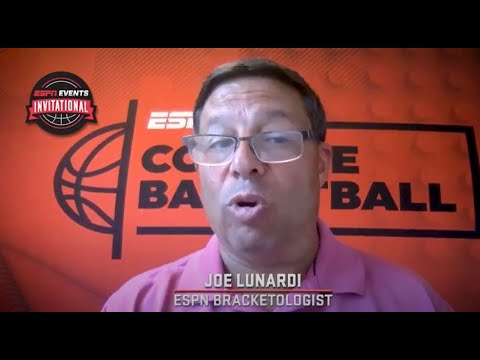 Player to watch: After a journey that included a decommitment from Arizona amid the FBI investigation and a rough chapter at Villanova, Alabama’s Jahvon Quinerly found his footing last season when he averaged 12.9 PPG and connected on 43% of his 3-point attempts.

Something for the college hoops junkies: A Kansas-Alabama clash in the championship is important for both programs. Nate Oats hopes to find out where his team stands after losing veterans Herbert Jones, John Petty Jr., and young prospect Joshua Primo to the NBA. And Kansas could unveil the potent pick-and-roll game between Martin and McCormack that could prove to be unstoppable this season.

Sleeper team: Liberty. Darius McGhee (15.5 PPG, 4.4 RPG, 41% from the 3-point line) returns for a Liberty squad that won 23 games last year and reached the NCAA tournament. Overall, three of Ritchie McKay’s top five scorers from a year ago are back. 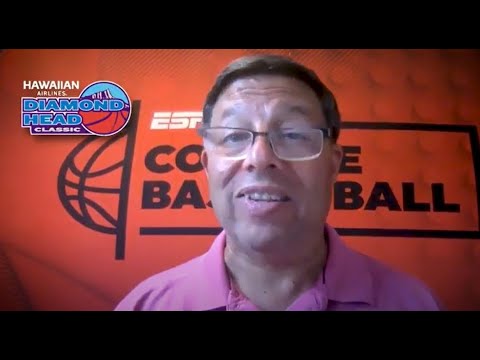 Player to watch: With Stanford losing more than 42 points combined from last year’s group, five-star prospect Harrison Ingram (No. 20 in the 2021 class, per ESPN) should get a lot of opportunities to make an impact early in the season.

Something for the college hoops junkies: With the addition of Minnesota transfer Liam Robbins (11.7 PPG, 6.6 RPG and 2.7 BPG) coupled with the return of Pippen, an All-SEC performer, Vandy’s Jerry Stackhouse has the ingredients for a significant improvement in his third season.