Nike have revealed a bold design for the new Premier League football to be used next season – which they predict will improve player performance.

Featuring wavy black lines and crimson circles, the new design is an update of the Nike Flight which was introduced last season.

While the Flight’s release in 2020 improved the match ball’s physical performance, the new number has been designed to help players aid their reading of the game. 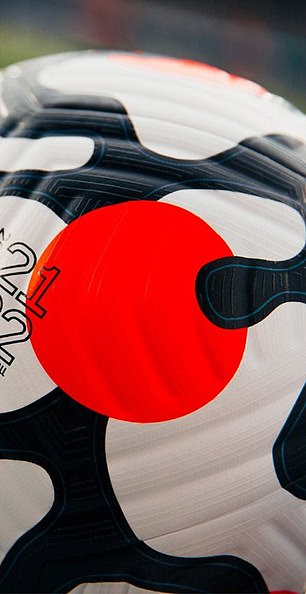 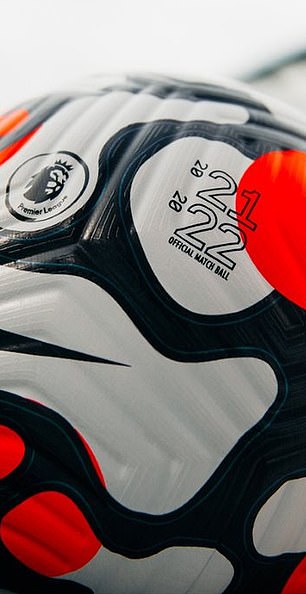 The black wavy lines have been described as ‘an organic pattern’ designed to reflect the ‘Premier League being the most exciting and connected league in the world’.

But the crimson circles have been added to help players read the spin and pace of the ball better, aiding them to react quicker and feel confident in their decision making.

Mason Mount is among the Premier League stars who are looking forward to playing with the new ball, which will be used from the start of the 2021-22 season.

‘It’s been the most incredible season and you could really feel the difference with the Nike Flight ball,’ the Chelsea midfielder said.

‘I’m constantly striving for more consistency, particularly when it comes to goals and assists, and this ball certainly helps me achieve that. I’m excited to get back to playing with it next season.’

The Premier League suffered a delayed start to the season last year in relation to the coronavirus outbreak, forcing games to get underway in September.

However, the top-flight is set to get underway at a more traditional time of year for the 2021-22 campaign, with plans to kick-off on the weekend of August 14 and 15.